Hi everyone,
I'm back at the farm after spending most of the weekend at the SES's work health and safety course at Wangaratta.
It's been a good weekend.  Left here about 6:30am Saturday and caught up with Maddie and Tom, two of the other volunteers from Tatura, who were also going.  We had one of the unit's vehicles and (perhaps a little flatteringly?) they asked me to drive.
As per regulations, we were all in uniform - 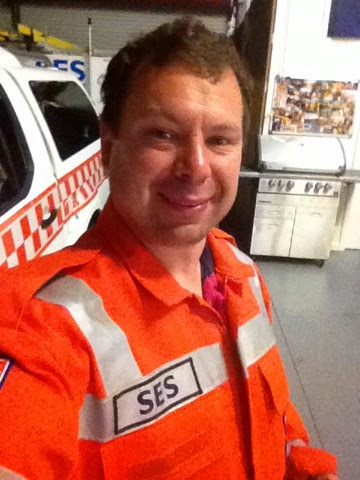 It's been about 30C/90F both days. I can tell you that SES overalls, while great in winter, are like a portable sauna in hot weather.  By afternoon Maddie, Tom and I had all peeled our overalls down to our waists and were in our shirts.
The course itself was kept as interesting as a fairly dry, regulation oriented topic can be. Felt good to be with other volunteers though. Most of the others were from further up, from Beechworth and Talangatta, with a couple from Cobram, Benalla and Alexandra.
Class finished at 5:30 and the three of us, plus the volunteer from Alexandra called Shannon, went to the accomodation at the Ryley Motor Inn (http://www.ryleymotorinn.com.au/home/).  This was kind of special to me: when I was a kid (and when the Hume Highway still passed through Wangaratta), we'd pass this motel in the way to New South Wales, and I was kind of fascinated by what I thought of as its 'Southwestern' style architecture. Anyway, this made it kind of a thrill to stay there. 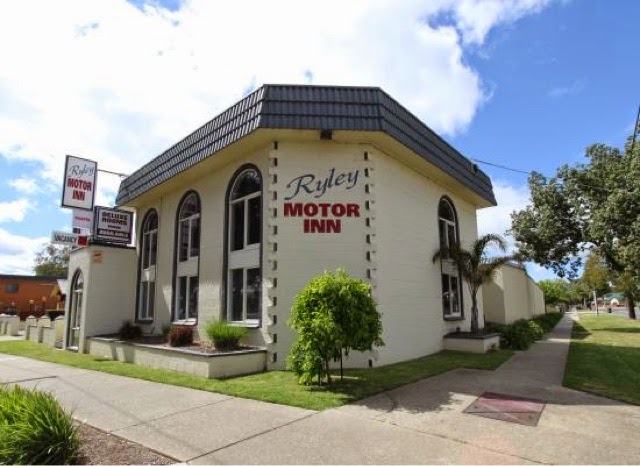 Maddie and Shannon took one room and Tom and I took the other. The motel is small and not luxurious, but very clean and welcoming. This was the room I was in - 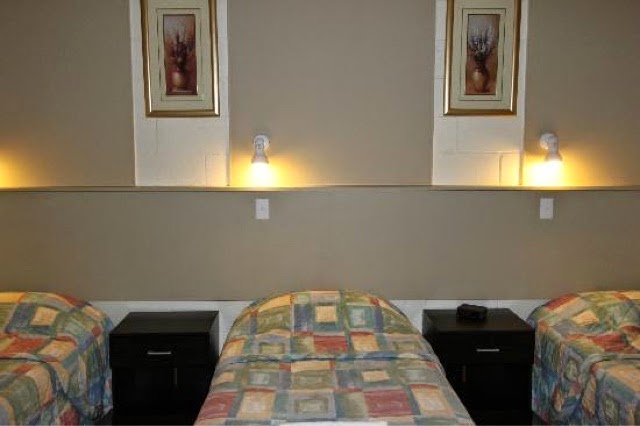 After getting settled Maddie, Tom and I had a couple of drinks at the Albion Hotel - 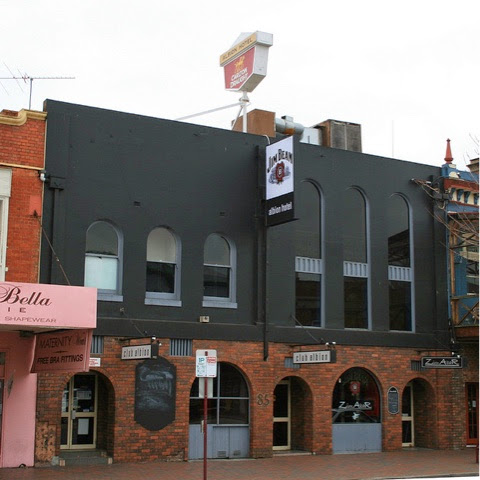 We then met Shannon at the Pinsent Hotel, where SES had made $30 each available for dinner. 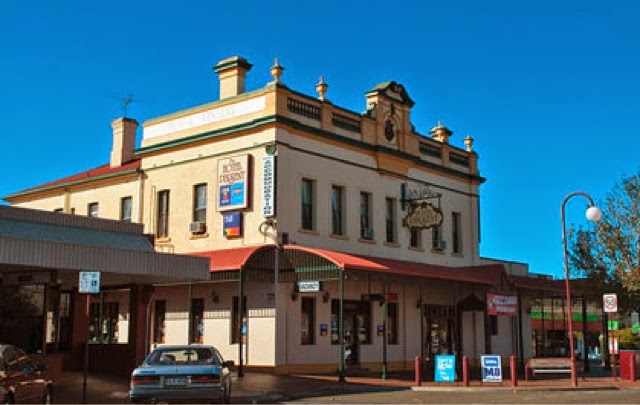 The Pinsent (http://www.pinsenthotel.com.au/?redirect=false&utm_source=MobileSite&utm_medium=MobileSite&utm_campaign=MobileSite) feels pretty luxurious inside: service is quick and the food very good, if  a little short of healthy options. I recommend the meat-heavy "Stockman's Grill".  After eating we sat there and talked for a couple more drinks and then walked back up to the Motel.
Breakfast at the motel was kindly paid for by SES too, and we drive back to the venue for the course.  This morning's material felt a little perfunctory and I had the feeling the teacher was keen to wrap up and get the use of part of his weekend.
Maddie, Tom and I drove back to Shepparton, where Tom lives and I'd left my car.  Maddie was to drive the vehicle back to Tatura.  I came back to the farm.
I'd be lying if I said I didn't feel a bit flat at this point. It seems a bit pathetic, but when I'm in uniform and doing SES stuff, I guess I feel different - like I'm doing something that matters and that makes the world a fraction better. Then when I come back and take off the overalls and the helmet, I go back to being just another shitheel farm labourer who's just scraping by in life.
I dunno: I know I'm not one of the world's natural born losers. I'll be back on track soon enough.  And yet... The sense of purpose and value I get from being an emergency services volunteer makes me feel better than anything else I know.
Posted by Stephen at 20:39