This is the last of the posts inspired by the trip to the National Gallery the other week.  The items that have grabbed my attention are shields from Papua New Guinea.  Many of them are semi-geometric designs and patterns, but there were two that particularly grabbed my attention. 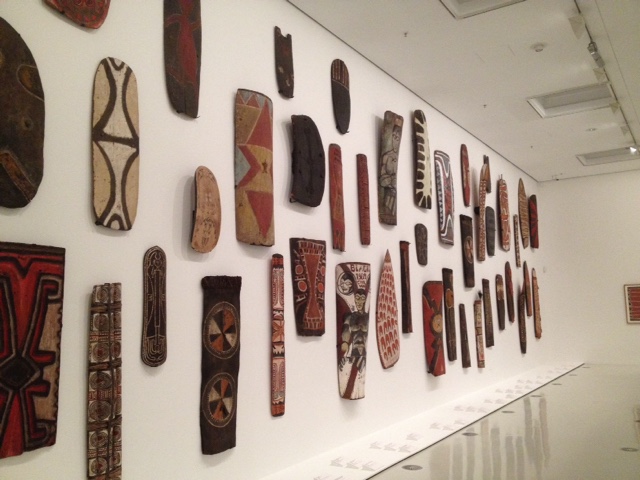 The shields I have in mind are two that seem to have been created in the context of tribal warfare in the late 1980s.  Both of then feature an image of The Phantom, a comic book superhero who seems to have entered PNG culture through comics read by American servicemen in the islands in World War Two.  They grab me because the maker (unidentified) chose the most fearless, righteous figure he could think of in a high-conflict situation.
The one below catches my eye because it combines the comic book figure with a curved line and dots that look like they come from native art.  The artist also has decided that this fighting is particularly important to him, declaring it to be a civil war. 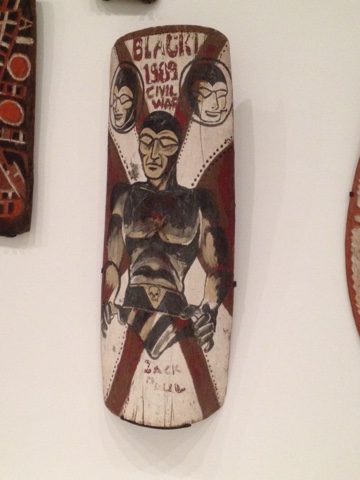 In the second shield, the artist has emphasized his hero's size and strength, filling the width with shoulders and biceps and almost the full length of the shield as well.  Strikingly, 'found' objects have been incorporated into the shield.  A car's engine badge has become a belt buckle. A number plate has been included at the top. 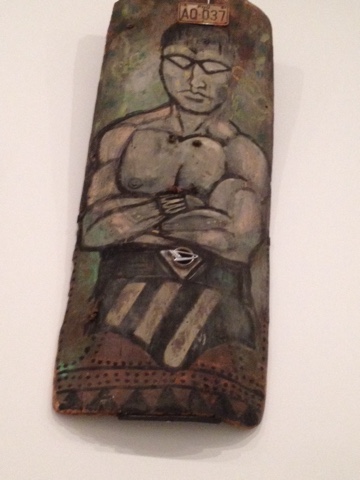 The other thing that I notice is that in these versions,  the Ghost Who Walks is bare-chested and bare-armed, rather than dressed in the purple body suit of the comics.  I wonder if this might have been an attempt to naturalise him. 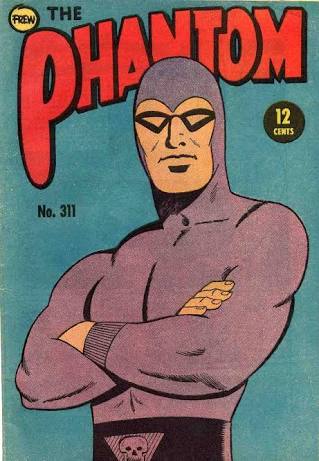 Art can come out of all sorts of circumstances and from all sorts of people.  These examples of art gain a little extra power from the fact that we will never know the artists' names and can only guess and what impelled them to create these images.
Posted by Stephen at 07:36