I have a job!  Three weeks ago I applied for a job as a metal fabricator at a local signmaker.  I was completely straight with them about my skills: I learned to do my welding on-farm and most of my practical talents are what I learned in the same place and with the State Emergency Service.  A few days later they offered me the job: there had been better candidates, but they “liked my attitude”.  I started the next day. 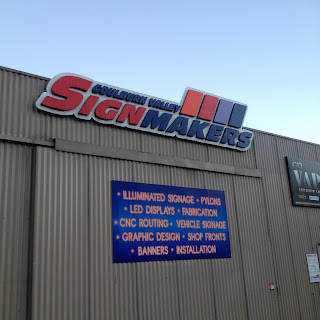 The work is hard: a great deal of it involves lifting and moving items made out of aluminium and acrylic.  My first few days were spent either installing signs at Benalla and Shepparton and Melbourne and polishing letters which will form part of a sign halfway up a building.  The start time varies from 0500hrs to 0730hrs. 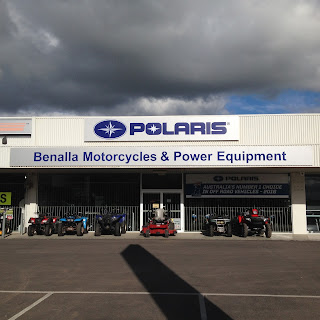 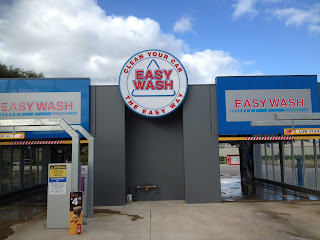 There was a “you are here” moment when going out to a sign-repair in Melbourne.  The sign belonged to a medical practice from which I used to request medical records and repeats.  This proved something, but I’m not sure what.

In the past I subpoenaed people's medical records from this practice ... Yesterday I was with a crew repairing their signage. #life #changes #fortuneturnthywheel
A post shared by Stephen Tuck (@sdtuc2) on Aug 8, 2017 at 10:35pm PDT


For the last few days I’ve been working blisteringly hard cutting lengths of aluminium for welding into frames for signs.  The client is a very valuable one and each cut must be accurate to within half a millimetre.  The target is enough material for 134 signs; as at 1730hrs on Friday I had completed 116.  The most satisfying thing in the world is working hard at something worthwhile.  I found myself wondering if this work truly is worthwhile.  It was hard not to wish I was putting this much energy into serving the Red Cross or the SES, or that the army hadn't knocked me back.  This led me to thinking about the “Rosie the Riveter” women who went from being housewives and secretaries and shop assistants to being welders and bomb assemblers during the last World War (it was the closest analogue I could think of for my own change in circumstances).


At first I thought: that was worthwhile work.  But then I remembered that the reality as lived by the people was probably closer to the munitions factory setting in Foyle's War: the work was worthwhile, but done in a setting which was venal, bullying and unrewarding.

This was a salutary reminder not to expect the world to be what it isn’t.  The same thought has been on my mind since I received paperwork last week advising that one of my favourite charities – the Royal District Nursing Service – has changed its name to Bolton Clarke.  Allegedly this is to reflect its expanded range of services.  The cynic in me suspects that this is an initial step to becoming a for-profit enterprise (less likely) or sold as a going concern (more likely – the public would be outraged to hear that Royal District Nursing Service assets are being sold, but will barely notice when the assets belonging to what sounds like a firm of accountants are sold).  It saddens me to think that a charity I love may be acting like a low-grade bait-and-switch.


I’m not sure I know what to do with any of this.  I don’t know if I’m over-naïve or over-jaded.  Simple economics dictates that I have to keep working.  But I wish I was doing something that made the world a better place.
Posted by Stephen at 04:38