A beach, a bar and a barre

I just now prepared quite a lengthy piece about the retreat I went on today with the Catholic Lawyers' Association.  It's a good one, but after I posted it I began to have misgivings that it might get me and other people into hot water.  I've reverted it to draft and will sleep on it before I share it.

In other news, I've found a good route to run home on after work.  It's about 10kms along the Capital City Trail.  It needs some careful planning in terms of what I carry and what I leave at the office for the next day (must. not. forget. housekeys.) but it makes for a really good end of the day. 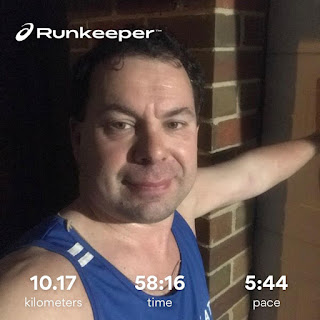 Yesterday I went a bit longer and cranked out 15 kilometres along a different stretch of the same trail.  It feels good to be running regularly again.  The weather's on the turn here, which helps: it's not bitterly cold during the day or even at night and so running isn't a penance.  Today was in the mid-20s and so after the retreat I mentioned before I headed down to St Kilda for some beach time.  It was warmer than the clouds make it look.  Nobody was staying long in the water however and so I gave swimming a miss.  I contented myself with lying on the sand and reading The Benedict Option. 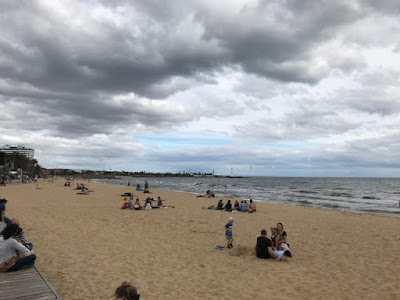 By 5pm a cool change was clearing arriving and I called it a day.  The Empress Hotel had been advertising a new imported IPA they've obtained and so I stopped on the way home to try some (very good!).


At 6.8% you better believe it. Brewery fresh, just tapped and tasting an awful lot like boozey juice tbh. @themillbrew #neipa
A post shared by The Empress Hotel (@empressfitzroy) on Oct 4, 2019 at 3:44am PDT


I had no especial plans for the evening save for blogging and writing a quick letter to the girls and so I followed it up with a white wine and some fried eggplant which was much more filling than I expected it to be. 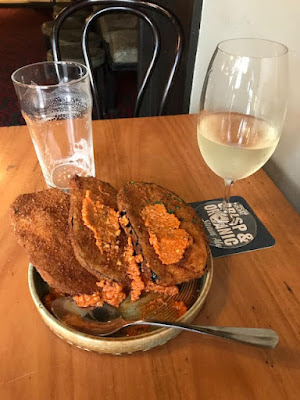 I came back to my digs and set to writing.  I still wanted a bit more in the fitness line and so I did a barre workout on Youtube.  I think I've mentioned before that barre is a perfect match for running and I used to do it somewhat regularly.  I found I was dreadfully stiff now however!

One thing came unbidden into my mind that made me mad, however.  I remembered a certain A-hole boss I once had boasting about how, when his wife was doing a home pilates workout, he'd make a point of slapping her about the head with his penis.  No, I didn't call him out.  I needed the job too badly.  I don't know what's sadder.  Discovering you have a price or that the price is remarkably low.

Not much more to add for the day.  It's been another good and satisfying weekend; all that remains for me is to make tomorrow's dinner, pack my bag and do the going to bed things.

How's your weekend been?
Posted by Stephen at 04:51