Sunday: this one had it all!

Sunday blessed me with plans that went astray.

I woke up a bit after 8:00 feeling rested, and got myself underway a bit before 9:00.  First order of business was coffee from Seven-11 and some toast with cheese. 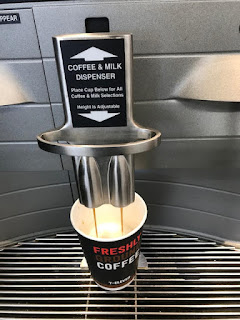 I finished reading Catholic Weekly till 10:30, when I settled in for a long FaceTime with Grace and Rachel.  It may have been the best I've ever had with them.  Yes, it was YouTube heavy, but that was because we were taking turns showing each other cool videos.  They showed me some cutely dark videos from “Bendy and the Ink Machine”.


I returned the favour, showing them some Disney from the pre-war era with dancing skeletons, which they loved.

While we were talking Rachel put on some kind of music and insisted on showing me how she dances.  She really can dance, too.  I’m very proud of her.  We all talked till they were clearly tired and I persuaded them to brush their teeth and turn in.  Being a Long Distance Dad isn’t perfect, but it’s still pretty good!

After FaceTime I decided it was time to break in my new runners and headed up the Main Yarra / Capital City Trail.  It felt good to have decent shoes on again and I got through 15 kilometres in good order. 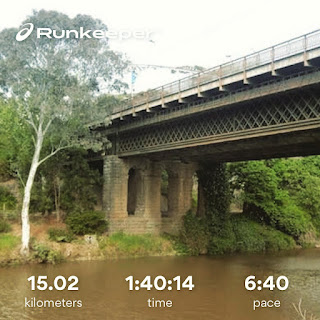 
I had a thoroughly welcome pint of IPA and a bowl of chips and read my book.  I do think that one shouldn’t be prissy about where one reads poetry.  It’s meant to be enjoyed: if that means with food and booze, so be it.


By about 5:30, however, the place was packed and the queue for the bar was about 15 people long.  I decided to walk the two blocks back to the Empress Hotel for another beer, which I did.

I had a very good pint of Sierra Nevada and finished reading my book.  I headed home as evening fell.  I wrote a letter to the girls when I got back to my digs.  I'll post it with a package this week.  One of the housemates was cooking by the time I finished.  I didn't feel like talking so I stretched out on the floor to catch up on meditating and calmness.

This felt very good; I might follow up with some yoga this evening before bed if I have time.

And now?  Time to make tomorrow's lunch and tonight's dinner.  For a weekend that hasn't gone to plan, it's been a pretty satisfying one.
Posted by Stephen at 05:42