What I learned on Bourke Street

It was another big weekend here.

Long-time readers (I must have some, right?) may remember that I have a firm view that the old civil defence skill-sets are more vital than ever in the age of terror. This weekend just gone I found myself forming part of just such a response, following the terror attack on Bourke Street last Friday.  An event like that tends to shock people far beyond the immediate zone of impact: Bourke Street is a major thoroughfare and a great many people will have a feeling of "I could have been there"

Because of the impact on the public at large, Red Cross Emergency Services was asked to attend the CBD with our friends from the Victorian Council of Churches and provide psychological first aid to anyone who might need it.  I volunteered for the Saturday morning shift and cancelled my barre class.  I was up at 7am and after a breakfast of pita bread and cream cheese headed over to the Red Cross premises in North Melbourne for a briefing.


Our task was to patrol up and down Bourke Street, identify people who had witnessed the attack (shop workers and the homeless, for example) and anyone otherwise in distress and to provide sympathy and support.  Briefings were conducted by Victoria Police and the City of Melbourne.  I probably shouldn't share details of what was discussed with people, but I can tell you that there quite  a lot were rattled by what they had seen or been close to.  No wonder either: it's asking a bit much of a young woman in a boutique to take her own brush with the War on Terror in her stride.

At about 10:30 we were redeployed to Pellegrini's, a cafe on Bourke Street.  Pellegrini's is very popular.  Nearly everyone who has reason to be in Melbourne's CBD has had dinner there or at least coffee from there (including me).  It turned out its part owner had been killed in the attack.  That was what struck close to home for many people: it's different when a part of the landscape of one's life vanishes in a moment of violence.  People began to lay flowers at the door of the cafe and there were many truly distressed people waiting to sign a condolence book. 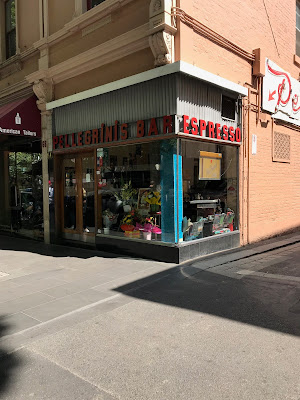 When we were sent for lunch at 12:30 I was surprised to find how emotional I'd become, even though I couldn't identify the emotion or the cause.  I don't believe that empathy is a virtue.  If it is, it's a valueless one: it helps nobody for me to "feel their pain"; all that matters is that I take action to alleviate it.  Regardless, we must have been doing something useful since the police and the City of Melbourne seem to have been grateful Red Cross and VCC were there.

Our shift was meant to end by 2pm but continued on till 3:30pm including debrief.  As a result, I was going to be too late to get to the starting line for the Portsea Half-Marathon and regretfully withdrew from the race.  I still wanted a run and stopped in Frankston to get one in and hopefully burn off the emotions of the day.  In the event I knocked out 15 kilometres including two trips up Oliver's Hill.  For the first time ever, I found I actually felt worse post run: as foetid and hollow as an old rotting mattress.


This was a remarkably annoying state of affairs and so I drove on to Shoreham where I was meeting with the old boy to get some farm work done with him and Barry (a close friend): I reasoned that what running couldn't fix, alcohol and a good night's sleep probably would.  I'm not sure the old boy really "got" why Red Cross was doing what it was doing today.  Noting how welfare has usually been presented in the civil defence universe, this may not be incomprehensible: 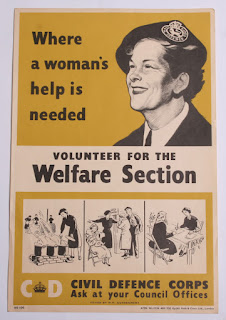 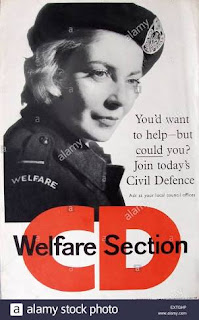 Be all that as it may, there was work to do and I lent a hand.  That's the key thing.  At any rate, it felt good to crash out to sleep at 11pm

I woke again nine hours later(!) feeling warm, rested and safe.  I was a little struck by how much this last actually meant to me.  The day was that coastal combination of warm sun and cool breeze that is a reason to be alive.  The bay was as flat as glass and I recall thinking it might have been a good day for fishing.  The day itself passed well with farm work and ended with fish and chips which I hadn't had in quite a while.

On any measure it was a weekend to remember. Some people were helped, at least, and I learned something about people and about myself.
Posted by Stephen at 03:30