You can too: Responding to Terrorism

The recent attacks in Paris and San Bernardino fitted with what the West has learned about terrorism in the last 15 years.  They aimed at a broader goal than simple personal desire. This makes them different to the simple criminality of an Al Capone or a Martin Bryant.  The 'broader goal' means they can be considered an act of war.  This is the source of their terror.

As much as there is to condemn in human history, as a species we've been trying to do war better over the centuries.  Slaughtering non-combattants may have been permissible in 1209  and 1415.  It had the sanction of the laws of war in 1649.  But it had certainly become a crime by 1902.  I doubt anyone today would call the 1945 bombing of Dresden anything better than an evil necessity.  And nobody would try with a straight face to justify the massacre at My Lai.  Terrorism rejects the assumption that civilians should be safe.  What was regrettable in the past, and criminal at Taba and Srebrenica, becomes a positive plan.

What should we do in response?  I have more than a little sympathy for Nevada Congresswoman Michele Fiore's response:


My strong message to you is its time Americans begin protecting America. Get armed, get trained get your head out if the sand and be prepared.

I endorse Front Sight Firearms Training Institute in Pahrump, Nevada. I've been training there since 2009 and I implore you to take a class.

I'm not convinced, though, that it's a solution, or at least a complete solution.  Looking at the massacres conducted during the Holocaust, Clive James observed sadly that


... one of the main opponents of sanity is our own fantasy. In the wishful thinking that saps our thinking, we can’t help wondering why all those obedient victims didn’t gang up at a given signal and fight back with their bare hands, as we would have. In our minds we have mighty powers, like Steven Seagal: our hands are deadly weapons. But the hands of the murderers weren’t bare: they were holding rifles and machine pistols, and those really were deadly weapons. ... In Sobibor, the breakout was led by Russian soldiers who knew what they were doing. In the [Warsaw] ghetto, the insurgents were mainly untrained civilians. They took a heartening number of their tormentors with them, but that was it. The issue was already decided before the flame-throwers were brought in, and the tanks soon had nothing left to shoot at.

I don't know that I'd want to be my own or anybody else's last line of defence in the case of gunplay: if I had any plausible military value, I suppose the Army would have accepted my application to enlist.  I imagine that most people are in precisely the same position.  What's open to that rest of us is minimising the damage that terrorism can do.

I imagine the idea of civil defence has been around forever, but it seems to have burst into full flower in the Second World War.  It's probably more valuable now than ever, and it's especially instructive where terrorism is concerned.  A person who opens fire in a city street wants to cause injuries.  So consider learning how to respond, to look after savage flesh injuries and shattered bones.  The Red Cross and St John Ambulance can train you in first aid.  They'll be even happier if you support them in return. 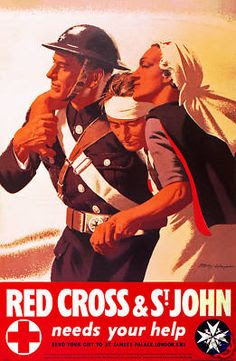 When a bomb is set off in a built up area, some injuries will come from a blast; others will come from falling buildings and structures.  You can be taught how to work with a team to make these scenes safe and to look for survivors.  In another time and place this was part of the work of the Auxiliary Fire Service.  Organizations carrying out urban search and rescue carry it on today. 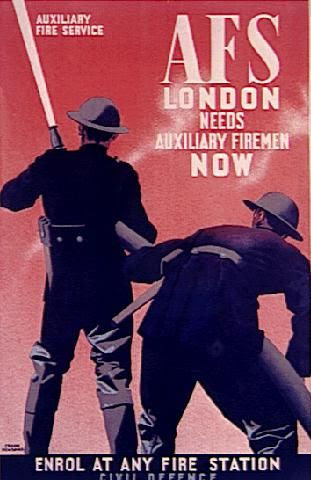 Poison has been an effective weapon of terror in recent memory.  The public needn't be helpless.  America's Office of Civilian Defence once sought civilians for this work, and today's volunteer firefighters are often trained to deal with Hazmat incidents. I have no shortage of respect for the police and security services, but the nature of terror in our atomised age makes it inevitable some attacks will occur.  Not everyone is well suited to meet violence with force, but everyone is able in some way to minimise its impact.  If you can take the time to learn part of the civil defence skillset, you can be confident that if something happens, you can minimise the harm it causes.  And if disaster comes through accident or through nature, rather than through bombs or guns, you can be part of the effort to set things right.
Posted by Stephen at 21:42