Saturday didn’t really go to plan.  I’m good with that.

It was Red Cross that actually woke me.  My phone rang at 8:10am.  It was my Telecross convenor checking that I would, in fact, be making calls today.  I pulled myself together and grabbed my file and notebook and began calling the list: all clients were well.

It was still warm in the morning but there were some showers approaching the city.  I decided to do the laundry and groceries before going for a good run that I was kind of looking forward to.  I’d done this and was ironing my shirts when my pager went off for a roof damage callout in Fitzroy.  The Unit Duty Officer called for volunteers and I said I’d go.  We had good numbers (crew of 6, and two vehicles). 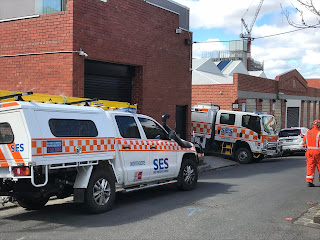 Unfortunately, the location was against us: a second story roof in a very built up area with no readily obvious way of setting up our rooftop safety system or even of accessing the roof by ladder.  Because the callout was in any case to commercial premises we recommended they contact their landlord.  Sometimes callouts work out that way. 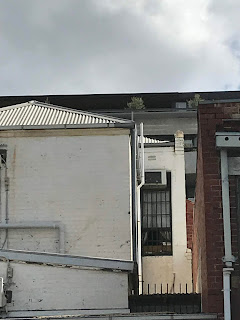 On return to LHQ we set to work on some maintenance and clean-up tasks that were overdue, including cleaning up the sandbag storage.  This basically blotted up the time I’d set aside for running.  I didn’t care. I was overdue for penance and so I tried to do the work in that spirit. 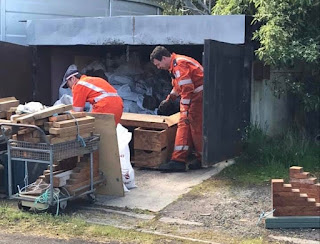 I was back at my digs by 4:30 and decided to follow through on the evening’s planned excursion: going down to Middle Park to attend Vigil Mass at Our Lady of Mount Carmel and a beer at the Middle Park Hotel.

Our Lady’s at Middle Park was built in the 1920s and seems to have been remodelled at some point to put the altar near the middle of the church.  Novel layout aside, it has a beautiful, peaceful design and the liturgy was set stunningly to organ music at a number of points.


The Middle Park Hotel looked good from the outside and was high-gloss inside.  The crowd was watching the Collingwood-GWS game and shouting alarmingly at intervals.  I had my pint of beer and drafted a blogpost.

I was a bit sick of people and just wanted some peace and quiet.  I got the tram back towards my digs and got off to go to the Brandon Hotel, which contents itself with music and comfortable chairs.  The food smells good but I haven't tried it yet.  I had a glass of very good house red and read my CW.


I walked home from there and finished the ironing.  Once I post this I'll go and have dinner and then turn in.  It's been a packed Saturday; I've enjoyed it.
Posted by Stephen at 14:58