So long, old decade, and thanks for the memories

Every year has its seasons of waiting, when normal rules are set aside and the world waits for the milestone to pass.  Holy Saturday is one.  The Monday before Cup Day is another.  The longest of all is the season between Boxing Day and New Years Day. It’s a season to search your heart and to review your life and consider what you want the new year to hold. When the next year marks a new decade, this goes up by a factor of ten.  In other years, I’ve reviewed my diary and notebooks in this time seeking insight.  This year I didn’t have to.  This time I had inspiration on my side.


Keeping a personal diary is the gift you give yourself once a year. I'm reviewing my 2017 and getting a really clear idea of what makes me happy, what depresses me, and what can be better in the new year. #diary #life #goodbye2017 #newyear #newstart #newlife #writerlife #rollon2018
A post shared by Stephen Tuck (@sdtuc2) on Dec 30, 2017 at 5:59pm PST


It’s not always easy to know where inspiration comes from.  This year, however, I know exactly where it came from.  It came from a booze-fuelled conversation with my dear friend Sarah at a bar in Melbourne. 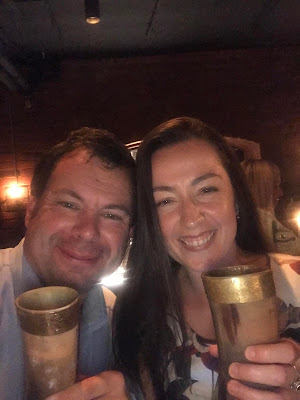 I don’t quite remember how the point arose.  I listened to her describing her life to date with a sense of acute contrast.  What struck me was that she had spent much of her life dismantling the walls between herself and experience. I have spent a large whack of my 41 years building and strengthening my own.

Actually, referring to “walls” between me and experience isn’t an ideal metaphor.  Readers over the decade or so I’ve been writing this blog will know that the experiences I’ve had have been startlingly varied.  The 2010s have seen -
There's probably some other experiences I've omitted to mention, but no matter. The point is that life has not, on the whole, been sheltered.  So perhaps a better metaphor is that I’ve become expert at creating ever-more labyrinthine gateways in the walls between me and experience.  A simple (if trivial) example is that I loved Dido’s album Life for Rent. Despite this, it took me an unspeakable amount of time to listen to (say) No Angel or Safe Trip Home.  I can’t even explain why, exactly.  Perhaps, having made one piece of artistic output part of my mental landscape, I didn’t want run the risk of something else overturning it all.  This would go some way to explaining why I’ve long had an instinctive animus against reading fiction and near total lack of interest in anything new where music or cinema or TV is concerned.

These intricate gateways have served a useful purpose.  They let me keep control of what went on in my mind when the 1260 cubic centimetres inside my skull was about the only thing over which I had any real control.  One might posit a kind of intellectual anorexia, with similar motivations.  So far, so good.  But the writer of Ecclesiastes was right: there is a time for everything, and now I feel comfortable enough in my own skin and in my own sense of purpose not to need quite the same fortress mentality, however well it has served me in the past.  Fortresses, after all, differ principally from prisons only in the side of the door the locks are on.  It seems to me that all the carefully locked mental gateways I have built can be replaced with something much more straightforward (basically, will participating in such-and-such  violate the Catechism?).

Since that conversation with Sarah I’ve found myself doing things I hadn’t expected to do.  I blazed through Bruce Chatwin’s novel On The Black Hill in about a week, aching along with its description of rural poverty because it's an experience I've seen at close quarters 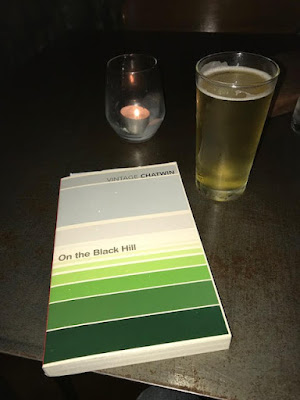 I also experimented with trying for an actual date, which is something I’ve never really done in a conventional sense.  This was less successful.  OKCupid doesn’t have a “dealbreaker” setting, which resulted in a very large number of potential matches which I rejected out of hand.

﻿
I’ll be interested to try speed dating next year.  I’d be astonished if it led anywhere but it should make for a novel evening!
I don't know what the 2020s will hold.  Based on the experience of the last decade I'd be a damn fool even to guess.  But more than ever, I'm ready for the next set of adventures to start.
Posted by Stephen at 03:59