It’s Saturday and a cool change is giving Melbourne in general and me in particular a break from summer heat.

I’ve been exhausted for the last few days.  The usual late rush of work last year, then three weeks or so farm work in the north, and a big absence of my usual diet and exercise, has hit me mentally for six.  Time on the farm has been with family, which is great but means you’re “on” all the time and that's kind of exhausting too.  How tired am I?  There’ve been a couple of SES messages today and each time I’ve looked at the pager and thought “I’m not up to it...  show me a chainsaw or a damaged roof and I’ll stare blankly at it and tell the crew 'just do whatever you think'”.  This, plainly, is neither safe nor satisfactory.

As a result, I made today a mental health day with tincture of Marie Kondo.  I ironed my shirts.  I filed two years worth of paper clutter (bank statements; that sort of thing).  I got groceries and went with things I’ve not tried before (pulse pasta? Why not?).  Then I purged the piles of things on my bedside table, threw out old copies of Catholic Weekly that I know I'll never get around to reading and bought a magazine box for unread copies of American Rifleman and The Mirror. 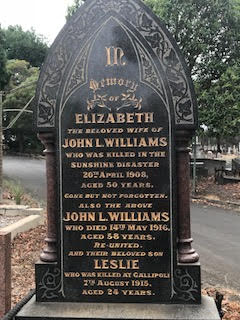 Then, I got a tram down Lygon Street and took a gentle stroll through Melbourne General Cemetery (which gave me material for another blogpost in a few days).  I walked to the Brandon Hotel for beer and book time.  I’m not sure Hemingway was the best choice for a day like this.  I love his prose but sometimes it can feel like one is chewing gravel.  I’m still catching up on my misspent youth and stopped for wine at the Great Northern on the walk home, which is when I'm drafting this. 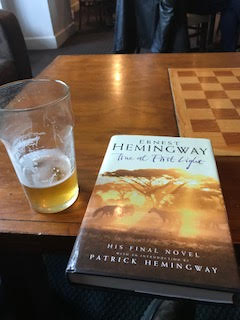 At this point I’m feeling more like myself again (Dutch courage?).  I was going to write SES Peer reports tonight but I don’t think I have it in me.  I’ll update my Goodreads profile and do some stretches and be in bed by 11pm.  God willing by tomorrow I’ll feel like myself again.