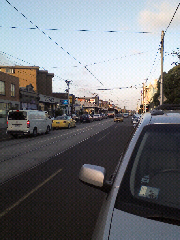 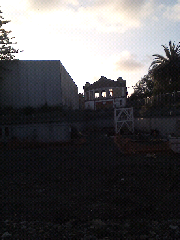 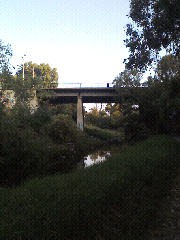 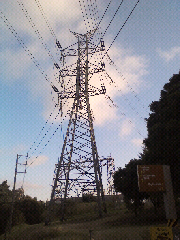 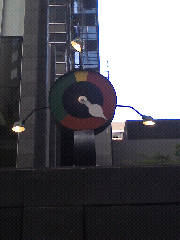 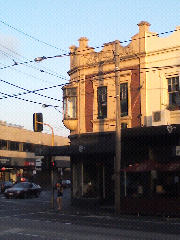 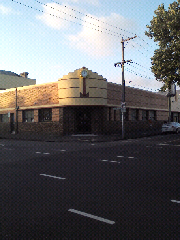 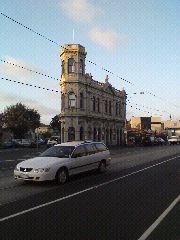 Not sure how this post will turn out.  I know I haven't posted properly for a couple of days.  Tonight it's Australia Day eve and getting close to midnight.  I've spent the evening in an indulgent place: I made up my mind to watch the whole of one of the Underworld movies, rather than just the second half or so (which is what I usually watch when I stumble on the movies when I'm flipping channels).  So, this evening I watched "Underworld: Rise of the Lycans", which means I've more-or-less watched the trilogy.  I was kind of surprised to find how much I liked them. I've usually been fairly dogmatic about cinema: If you want to make a popcorn movie, make a popcorn movie.  If you want to make a splatter movie, make a splatter movie.  And if you want to make an arthouse movie, make an arthouse movie.  But don't try to combine them.  Which is why, for instance, I didn't have much time for "Saw-whatever-sequel-it-was" (another film I found while flipping channels one night) seemed to have pretensions to having some higher moral while also having artfully semi-black-and-white scenes of bodies being mutilated.  I understand it was meant to be a horror movie, but honestly I just found it boring and unpleasant and I'm not sure I lost anything from the movie by flipping back and forth between it and "Man vs Wild" (Bear Grylls has better dialogue, by the way).  Anyway, back to "Underworld": It actually seemed to work as a mix of popcorn and artsy filming.  Either it's appealing to me in some oddball way, or I'm more broadminded than I used to be.  I wonder what I'd make of "300" now?

From the rambling of the last paragraph, you can probably tell that I've had a few drinks.  Specifically, the tail end of a bottle of Crown Royal and now some of a long-hoarded bottle of Amarula.  The Amarula is nice, but a bit sweet for my taste.  On ice it'd be ideal, but after a while it gets cloying.  I don't have a real buzz going; only the sort of vague feeling of relaxation you get when it's a public holiday tomorrow and you just kind of feel like playing "Tiny Dancer" over and over again.

I could do a recap of the last few days, but I think a lot of it is fairly predictable by now.  I've been managing work better, and I've been eating my way through a hoard of leftovers from last week's cookapalooza.  I was late at the office last night (late being about 8pm, followed by dinner and the end of another Underworld movie, hence no blog post - sorry).  By about 6:30 tonight I could tell I wasn't going to get much more work done, so I pulled the pin and came back to the sharehouse (on the way taking a picture of the old-style traffic control signal outside the RACV building - picture herewith).  When I got back here I put on my other pair of boots and went for a good brisk walk on the Merri Creek Trail as far as North Fitzroy, whence come the rest of the pictures.  Sorry, they must be getting a bit predictable by now.  Then back here, dinner and movie.

I had a quick exchange of emails with Joni today over the form US Customs need filled in to get the birthday box out of Anchorage, AK.  I wanted to message her a lot of times today, just to tell her I love her a lot.  I just miss her and our girls a lot, and I so much want us to feel like a family again.  I can hold on and let her have as much breathing space as she needs, but I just wish she could see me now, how different I am from the problematic guy she's had for the last too-long.  I know she reads this blog, so I guess she can indeed see, but I guess she needs to know this isn't just another (sigh: "another" barely covers it) flash in the pan.  That's fair.  So, I hold on.  The thing is, in a strange way maybe I needed the "breathing space" even more than she did: when she said that was what she wanted, it scared the bejeezus out of me.  I can safely say that the blue devils haven't really troubled me since then.  Maybe that was the shock that I needed to pull it all together.  I don't know.  I guess what I should do is just try and be as good and loving a husband and father I can in the circumstances that present, and trust God for the rest.  I know she loves me, and I love her, and I can let her have all the time she needs.

I had an odd experience today at lunch: my skin is diabolical at the moment, so I decided to stick my Y-chromosome in the cone of silence and go and find someone in the pharmacist at the base of the building and say: "what can I do to fix this?".  So, at lunch I found myself talking to a beautician!  Well, she warned me not to use the abrasive facial scrubs (this, she explained, was only making things worse) but instead to use a more gentle face wash and an oil-free moisturizer, and if that doesn't help, come back for a (ruinously expensive) tube of pure calendula (sp?) cream.  I should feel weird about this, but to be honest, this just feels like just one more part of my life that I need to fix up.  So, let's get on with it.  At this rate, I can't be far off the pedicure that Joni has always wanted me to get!  And well, why not?  We'll see.

There's not much more to post.  I haven't decided what to do for the public holiday tomorrow.  I suspect I'll wind up at the office as I'm a little bit (and genuinely: only about a day or so) behind with work.  And the Australia Day fireworks will look incredible from my office window!  We'll see.

Oh, one more thought: I've been toying with the idea of deleting (or heavily editing) some of the more miserable and gloomy blog posts from here.  Part of me wants to send them down the memory-hole, and part of me is averse to rewriting the records ("Oceania is at war with Eastasia.  Oceania has always been at war with Eastasia").  Do any of y'all have an opinion?

OK, I guess that's enough for one night.  I'll go and do the going to bed things and post this.

See you tomorrow!
Posted by Stephen at 06:26