More tired than a stack of Dunlops

Starting this post on the way back to the casa tonight. It's about 7:30pm. I was about two-thirds of the way through an advice and up to the heavily analytical bit when I had to admit I didn't have enough left in the intellectual tank to do it. The combined effect of doing something like seven advices in four days, and a busload of exercise, and getting to bed really late is that I'm utterly beat!  So, tonight I think I'll call it a rest day.on the exercise and get an early night.  Hopefully the Sharehouse Bore will let me reheat dinner without renewing last night's argument!

Hello again.  Finishing this post off on my laptop before I turn in.  I did indeed get to have dinner without another blazing argument - hurrah!  And, since, it was a rest night, I decided to let myself finish the last of the wine in a cask that had been sitting in the cupboard for a bit - I've actually not had a drink outside a social setting for some weeks now.  I took the opportunity to scribble a few ideas on a non-linear history (if you want to know about it email me; in essence I have a pet theory that in some respects the past can be shaped by the present, and I think I've got a way of demonstrating it No I am not a crackpot!) and put on the music to A Charlie Brown Christmas. 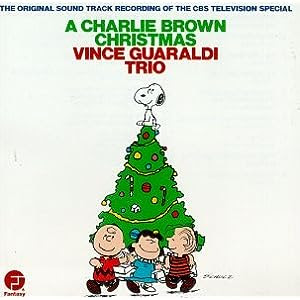 That stung a little bit, but I heard it out and then tried some Amy Grant.  I was able to listen to about one song and then moved on to something else.  Ouch.  Still, not quite as bad as I expected.  I guess that's kind of something.

OK, definitely bedtime for me.

See you tomorrow.
Posted by Stephen at 04:50