In the city of Jazz: the last day

Beginning this entry while waiting for Joni, the girls and Miss Bertha (mother in law) outside the Audubon Aquarium.

Continuing it in the food court line at the aquarium. Grace is being extra loving today and wanting to hold my hand all the time and saying "daddy daddy daddy". Rachel is a little more bashful. It makes me

I'm now sitting in departures at N.O. Airport, wondering if I'll get bumped from the flight to Los Angeles, which in turn gets me to Melbourne a day later. I don't sorta care about the delay. I'm not really in a hurry.

Today has been a happy, if 'clouded' day. I'd thought of squeezing a run in, but decided to give myself some extra sleep instead given the flights I have to do.

I got up and finished packing and tried to call D in Dallas for a catch up, but she wasn't about. I went down to the lobby and formally checked out and cloaked my bags for the day.

Ho-ly doggy-doo! I'm now on board flight UA856. You remember I said I was waiting to see if I'd get booted from this flight? I didn't get booted. But because I was a good sport about it, the fellow on the desk upgraded me to business class!!! That photo of a wineglass and china dishes below? That's my inflight snack. I don't have the hubris to post a selfie; you can assume that right now I look like the cat that swallowed the canary!

Now that I can focus on this post: after I checked out of the hotel I returned the rental car to the nice people at Avis, then walked to the aquarium. Joni and I had tossed around a few ideas for today, and came to the conclusion that another trip to the aquarium would be ideal for the girls and also for my flights. Pleasingly, Mrs Bertha had decided to come along too.

The girls took an extra interest in the aquarium this time. They were so sweet about spotting Nemo and Dory in the clownfish tank, and loved to watch the sea otters and penguins at play.

Lunch was had in the aquarium food court. Grace had a hot dog and Rachel pizza, and the both had fries too. I went for chicken strips; Joni also had pizza and Mrs Bertha just fries.

Grace was very keen to go and feed the birds again: the aquarium has a fenced in open air section where a big flock of parakeets flies free, and you can buy little sticks with birdseed attached to feed them with. Anyway, she wanted to do that a lot, so we did. It was a little busy in there, and the birds seemed well fed and not so interested in free food. But, Grace and I went up to the entrance to their cote and I lifted her up to where my arms were at full extension and she was standing on my collarbone, and this got her high enough to interest a bird in her stick of feed. She was SO happy! Joni did a similar thing with Rachel, and so she also got to feed them. Awwww!

After feeding the birds we stopped for ice-cream at the Haagen-Dasz at the aquarium, where Rachel had vanilla and Grace chocolate. We took them next to the jellyfish displays (lots of buttons to push which Rachel loved) and then took photos of them on the big statue of the frog prince in that part of the museum.

By this time, it was about the point to get them a toy each. Rachel selected a big pen and some windup toys, and Grace went for a mermaid doll in a handbag. I'd brought along a lot of pennies, so we let them throw them in the wishing pool for a bit and then took them to take a look at the Mississippi River.

It was getting a little late by then, and Joni wanted go beat a gathering storm on the way home, so we went to where she had parked. The girls both gave me lots of kisses and "I love you too"s, and I told them I loved them but I had to be away for a while. Poor Grace's first comment on me saying "I love you" was to say "My tummy hurts!". Afterwards she told me "have a safe trip daddy", so Joni must have outlined the state of play to her at some level. Then they drove away.

I walked back to the hotel, got my bags, and climbed aboard the taxi I was splitting with another passenger. Went to the airport, checked in, had some beignets and coffee and bought the Advocate for the flight. This brings me up to the present: in business class next to a pleasant Canadian lady.

I miss my little girls already. I miss Rachel's snuggliness. I miss Grace's exuberance. I already miss being able to make them happy and be a part of their lives.

I miss looking at the awesome ladies I know they'll grow up to be like and thinking: if only they could know how much I love and miss them.

LATER: now somewhere in the sky over New Caledonia. This flight has been passing swiftly - I've slept pretty well although I've been trapped in my seat the whole time.

I'm still trying to process my thoughts on the trip. One of Joni's observations was that it might be desirable for me to keep working over here indefinitely, on the grounds that the pay is good and there's a norm of 4 weeks leave a year, both of which are better than I would have in, say, Tulsa. I should add, I don't think she was trying to keep me away but, I don't know if she realized what she was suggesting: that I be only a 'holidays dad'.

Her point about the money is well made though, which pushes me in a fairly specific direction: Texas, which has a couple of things to recommend it -

(a) its economy is fairly sound, according to the friends of D who I met there.

(b) the cities in the east of the state - Dallas, Austin, Houston - are within two hours combined flight and drive of Thibodaux. That is, nearer than my office was to the house at Heatherton on a bad traffic day.

(c) I can sit the Bar Exam without having to do an LL.M. first. I don't want to practise law that much: it isn't my passion, but it DOES pay well and that's important right now. In any case -
(d) it's a state near obsessed with its own history: the Texas Historical Commission exists for a reason. So history and archaeology are more likely to be a part of my future there than anywhere else.

(e) according to the LA Times I picked up at LAX, the recent rises in house prices across the US hasn't markedly affected the Lone Star State. Actually, land around El Paso appears to be REALLY cheap, but may come with too high a risk of a nasty run-in with someone bringing drugs north of the border.

Granted, my little Cajuns may resent their father having thrown in his lot with what their great-grandfather called "les maudits Texans" (I'm mostly joking!). What they'll remember more than anything, though, isn't what money I made or what work I did, but whether I was there in their lives. Being in their lives, once a week on a computer screen and a few weeks a year... I don't think it's enough. The girls may not remember what cases their daddy did. But they'll remember if he didn't love them enough to be there. 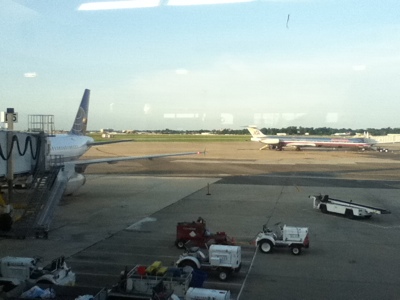 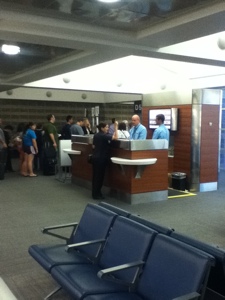 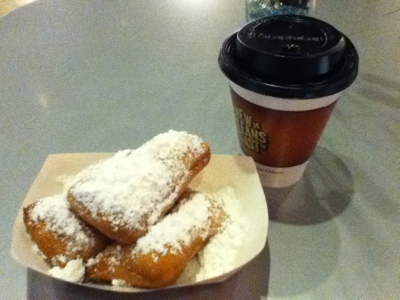 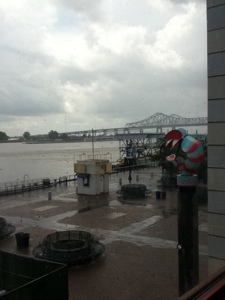 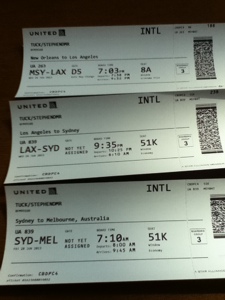 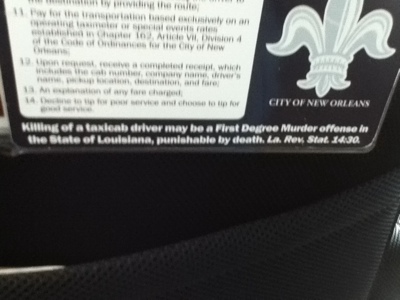 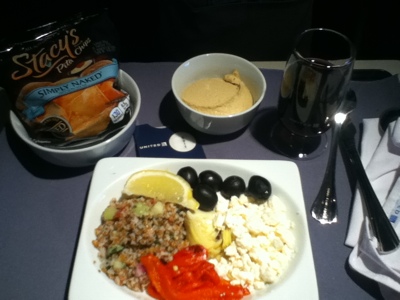 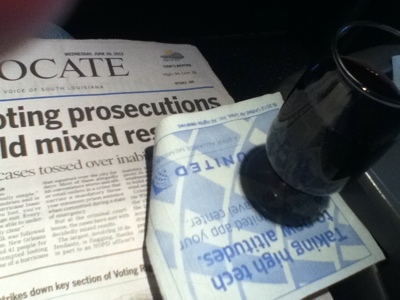